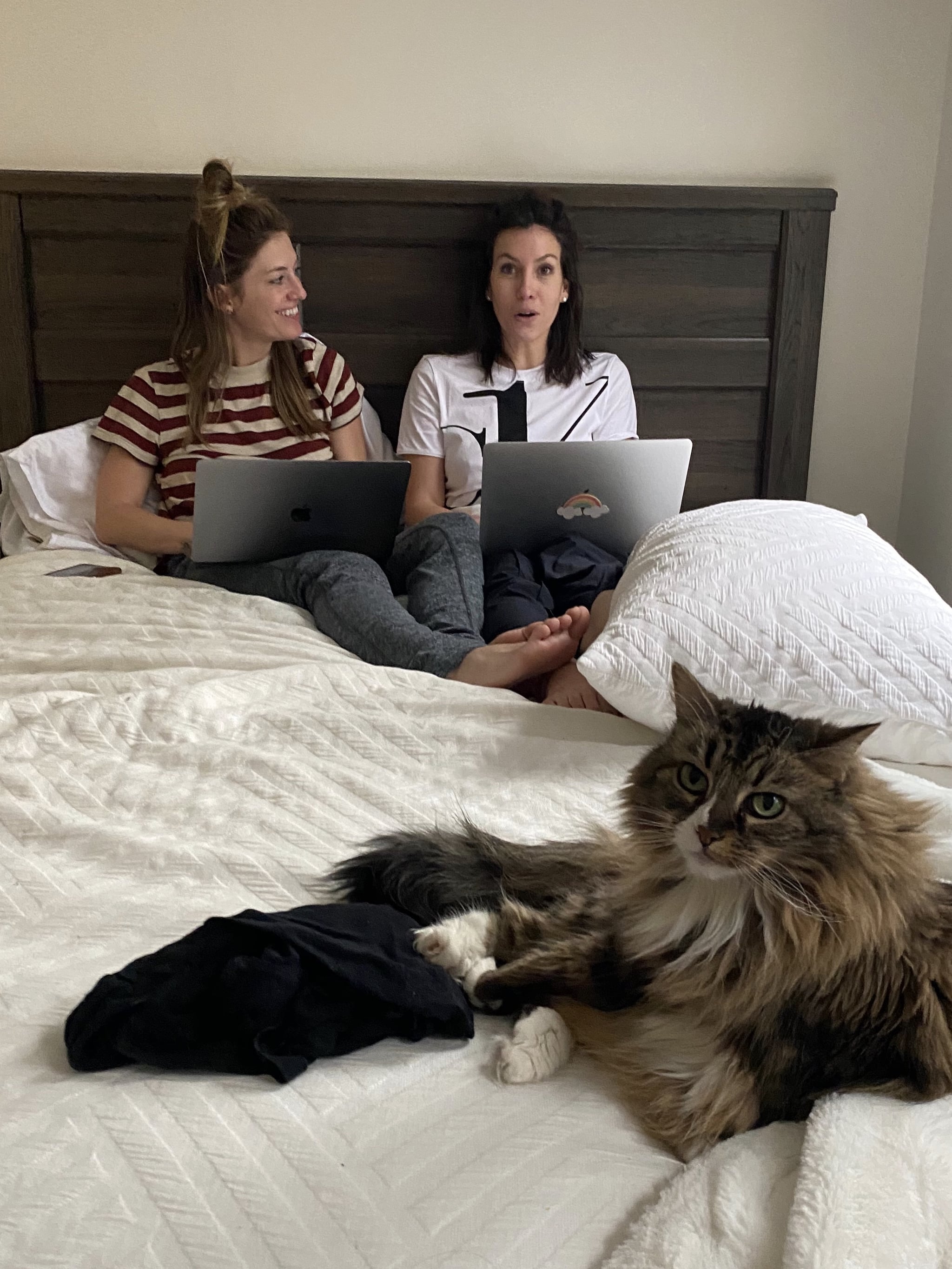 Before my girlfriend moved in to my NYC apartment with me and my two roommates in March, there were lots of things to look forward to before finding our own place in July: eating our way through Brooklyn, galavanting along the Turquoise Coast, uncovering where each other stands on the issue of how to properly place toiler paper onto the holder. (The documented right answer being in the "over" position, obviously.)

The logistics behind the move boiled down to basic lesbian math — two people in love x $1,600 monthly rent + one year together = perfectly reasonable grounds to cohabit — but I also knew her similar thirst for adventure meant we would spend the foreseeable future exploring the world around us, constantly learning about each other as we go.

This idea was trampled, of course, when the novel coronavirus (COVID-19) pandemic hit the US a mere week later, forcing everyone inside for the entirety of two-plus months as a safety precaution.

Next thing you know, we're swapping cooking classes in Thailand for Chrissy Teigen's pad thai carbonara and boat rides along the Turkish Riviera for rides on the grocery cart during our biweekly food run. I have been relishing in our long walks to Central Park a half-mile away from my apartment, where I get to show her the nooks and crannies I've discovered in my seven years living uptown. (For context, she's spent the entirety of her NYC tenure downtown, and yes, the war between the two is alive and well, thank you.) Sometimes she'll ogle earnestly and wide-eyed at the magnolia trees or an elaborate Victorian bridge, and I'll get to repeat, "Isn't it amazing?" at every turn. 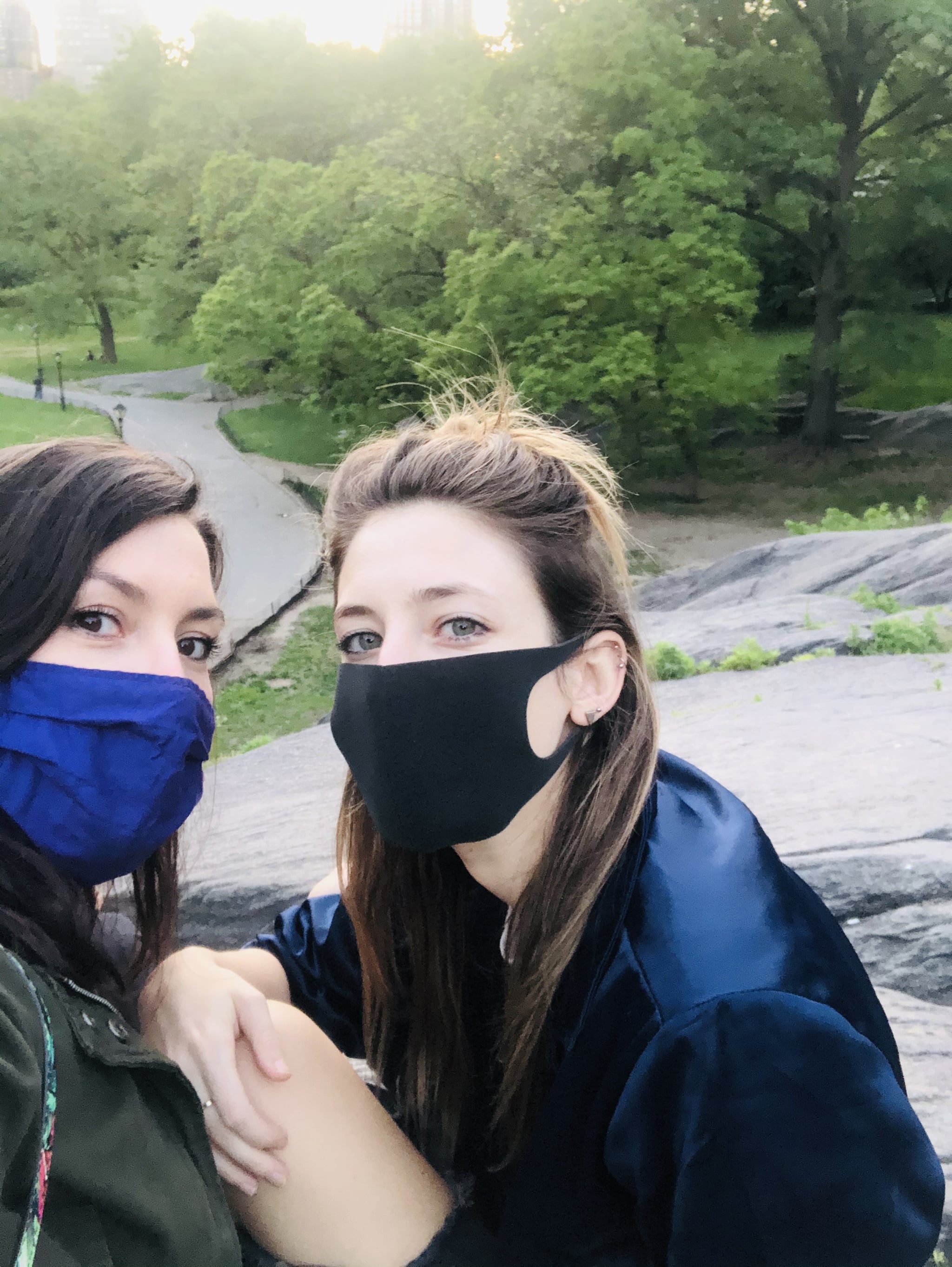 Let's just say "moving fast" would be an understatement. One minute I was shielding her from my weird at-home Brazilian waxing habit, and the next, I'm lying spread eagle on the bed while she's tearing strips of paper from my hoo-ha. We've graduated from pet names to our own secret language that can only be described as perversely high-pitched and unintelligible to others. And she no longer goes to the bathroom to clip her toenails over the toilet, a fact I am particularly attuned to because I'm often the one cleaning up the fallen soldiers left behind.

"With a romantic relationship, if it's a good fit and you stay in quarantine with somebody for two months, it's going to strongly accelerate the relationship and feel like you've been together for years."

It's like we've slipped into the DeLorean, zooming fast and furious into The Next Phase of us — something I'm told is entirely normal given the circumstances, says clinical psychologist Jordana Jacobs, PhD. In fact, the mandated lockdown could push any couple in a direction one way or the other. "With a romantic relationship, if it's a good fit and you stay in quarantine with somebody for two months, it's going to strongly accelerate the relationship and it's going to feel like you've been together for years," she said. "Or, if you're in a relationship and it's really not a great fit, it may break you or it may break the partnership, but in a similarly accelerated way."

The good news is that we may have been forced into a fast situation, speeding up the laps we'd ultimately run in our relationship, but we are far from broken. I feel lucky to be in this time machine with someone who is easygoing and kind, not to mention has a face I get excited to wake up to (which is something I'm doing a lot of these days). Maybe it's not such a bad thing after all. Now we know how well we work together in a crisis.

In the end, all I can hope is that our future looks something like the hidden pockets of Central Park, how after years and years, just when you think you can see the silhouette of every fountain when you close your eyes, you stumble across the ice skating rink you've somehow missed in the middle of all the green and remember: there will always be something new to unpack if you know where to look. 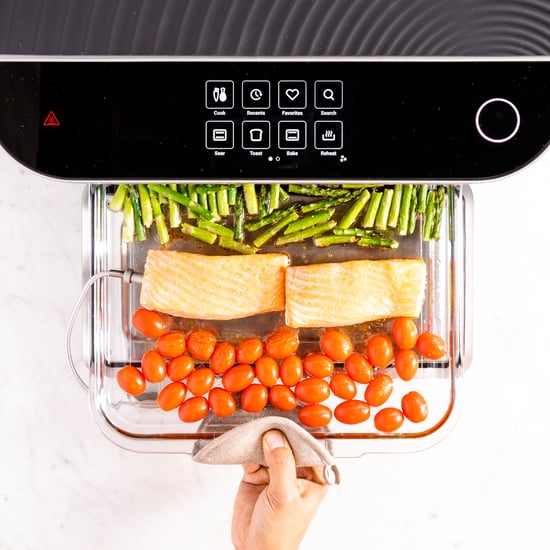 Small Space Living
I Put This Popular Countertop Oven to the Test, and It Saved Me So Much Time
by Krista Jones 5 hours ago

Healthy Eating Tips
I Traded My Evening Glass of Wine For This Alcohol-Free Tonic, and I Sleep Better
by Lauren Manaker 2 days ago

by Monica Sisavat 2 hours ago

by Monica Sisavat 3 hours ago

by Grayson Gilcrease 5 hours ago

by Chanel Vargas 5 hours ago

by Brea Cubit 6 hours ago

by Murphy Moroney 6 hours ago

by Perri Konecky 8 hours ago

by Mekishana Pierre 9 hours ago